Launching Rockets into the Northern Lights

NASA’s Jamie Adkins took these breath taking photos of rockets being launched into the Northern Lights recently. The green glow of the northern lights accompanies the bright yellow and white rocket trails of several NASA rockets being launched into space. The 5 rockets that were launched from the Poker Flat Research Range were aimed at studying the science of the aurora borealis.

The rockets that are named Malemute, carried payloads for the Mesosphere-Lower Thermosphere Turbulence Experiment, or M-TeXj, while the Orion rockets carried payloads for the Mesospheric Inversion-layer Stratified Turbulence (MIST) experiment. Together, the two experiments are designed to explore the response of the Earth’s atmosphere to energetic particles in space. Click on the images below to see their full size versions. 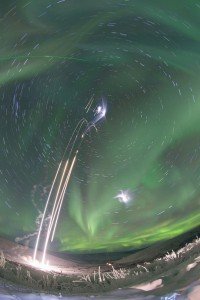 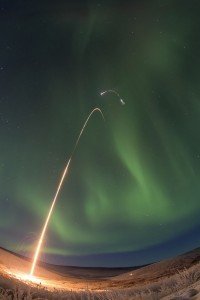 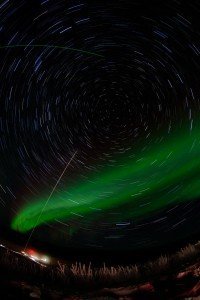